Recently I attended the Gloucester Old Spot Festival at the Ludlow Food Centre where the sun shone in what had been a dark spell of bad weather and where the crowds came from as far as Devon. 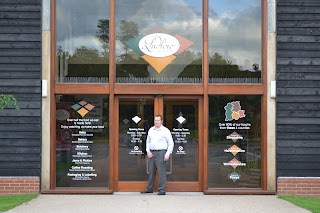 The event started the evening before with a meal prepared to celebrate the breed, one occasion not to be missed so I attended with head butcher John Bereton. 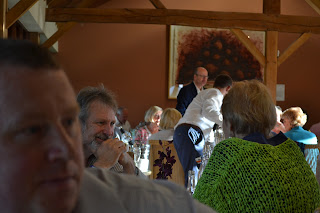 Check out this wonderful menu ! 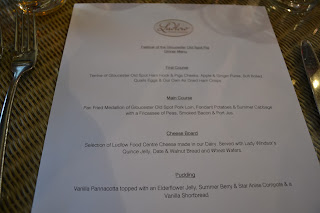 The starter was just perfect..... 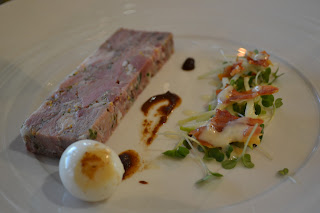 This main course was everything a pig should be and the pork & black pudding crocquet was heavenly. 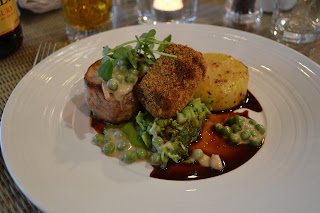 I was enjoying my meal so much I completely forgot to photograph the dessert and cheeseboard but then came coffee with a homemade chocolate with a pork scratching topping, this should not of worked but it was just so right! 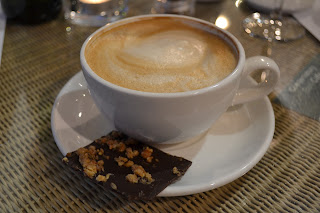 The Earl of Plymouth Estate where the food centre is situated farms the Gloucester Old Spot traditional breed of pig having given up several years ago the commercial breeds. 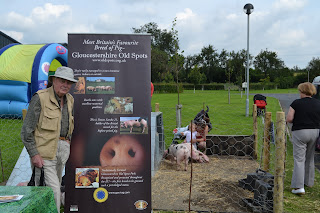 This festival to celebrate the breed was their first festival which brought in visitors of all ages and if the numbers were anything to go by it will not be their last. 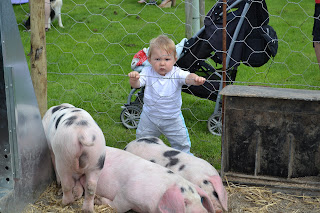 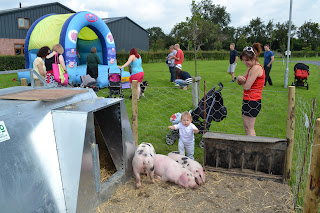 Food was available in many forms on the day and there was as you might expect the obligatory pig roast on offer. 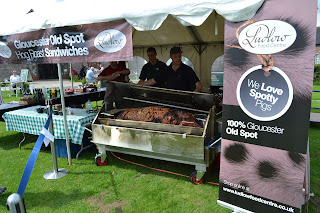 Having roasted many pigs myself over the years at events its always difficult to judge numbers and true to form this event was no exception and the spit roast was popular and quickly sold out. 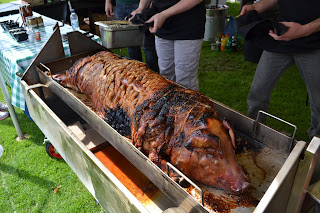 Inside the marquees proved to be as busy as outside and the trade stalls of which were many were going about their business in a flurry as the pedestrian traffic kept coming. 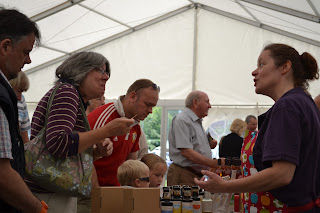 I hope the Food Centre holds another event of this sought and that those who attended in their sun hats have the chance to come again and support this magnificent breed of pig. 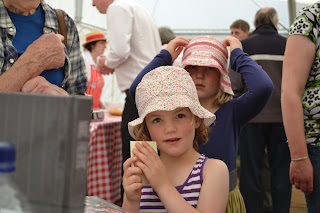 Luckily Ruth of Native Breeds had time to check out that wonderful book on Charcuterie before the gates opened ;-) 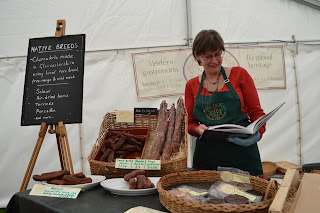 It takes a great team effort to put on such an enjoyable event, so to all those involved I salute you ! Tres Bien...
Posted by Marc Frederic at 13:14