Earlier this year I was asked to visit the Isle of Man to offer some butchery and charcuterie techniques, having visited the Island before some many years ago, I was delighted as I knew I would be in for a treat and quickly accepted the invitation.
On the first day of the demonstration we discovered that the pig was still in the back of the chilled delivery wagon getting a tour of the Island, hence starting with some techniques using chicken. 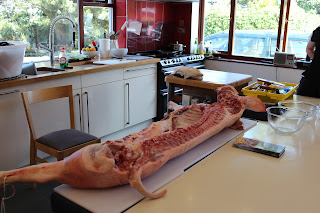 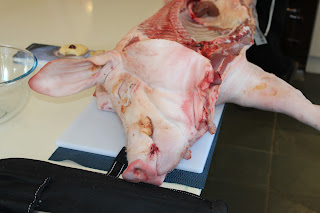 The reason I was asked to visit the Island and pass on some of my skills, is that some of the Island's top eateries had got together and pooled their resources in order to receive some charcuterie training. 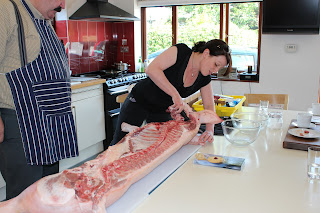 You see it can be difficult and expensive to import to the Island the many products we take for granted, so the logic of making as much as you can yourself can be the difference between loss and profit in a small business. 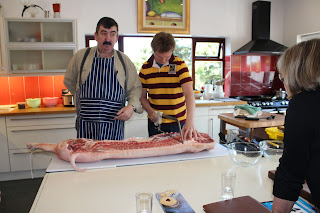 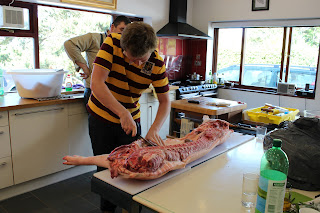 Being able to butcher your meat in your business will allow you the flexibility to choose the cuts you want and will save you a huge amount of money in buying specific cuts from your supplier. 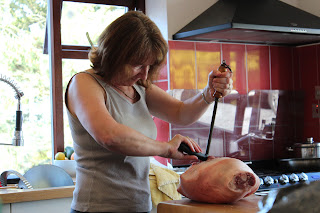 Here is our Bed & Breakfast host boning out a leg of pork ready for curing into ham. 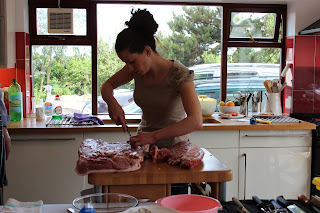 Another female chef who skilfully butchered this pig middle ready for curing into bacon. 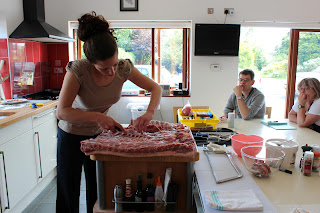 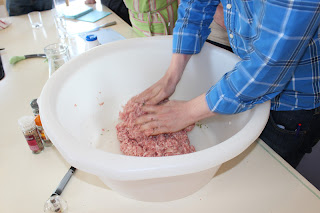 Sausagemaking was the main act on day two with comedy to match some of the best comedians. 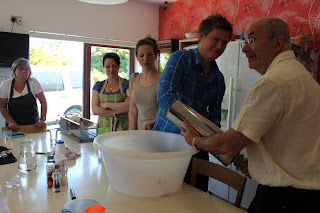 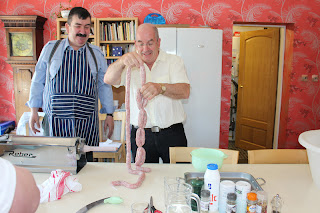 The task of linking the sausage proved easy for this bunch of catering professionals. 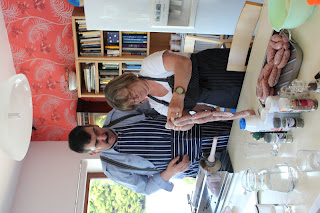 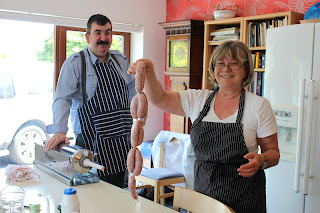 These chefs, restauranteurs and business owners talk to each other and discuss up and coming menus, so they don't offer the same dish in their eateries in the same week. As business competitors I have to say I have not witnessed such unselfish acts, but then again I'm not a Manx! 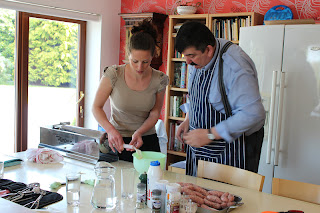 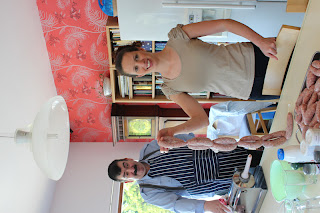 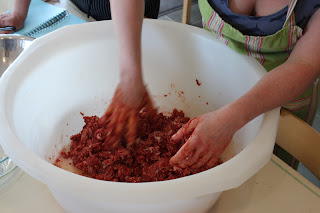 Having now learnt how to make their own Chorizo, this will be another product less they will have to rely on importing. 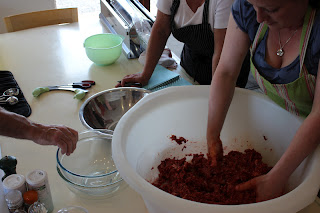 Even one of the Islands schools is rearing pigs such is the growing interest in charcuterie. 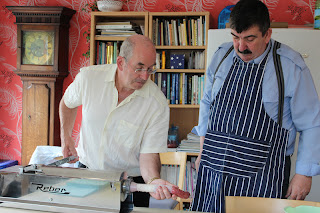 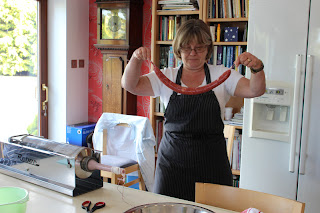 These guys also went onto learning about Galantines, Rillette, Crepinettes and much more Charcuterie of which they practised and put on their restaurant menu's, even the B&B now serves up it's own home cured bacon. 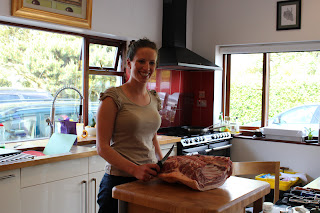 I was thrilled to have been asked to visit the Isle of Man and meet some of it's producers and albeit I was feeling dissapointed about leaving so soon, I was soon cheered up at the prospect of returning sometime soon to do it all again!

Here I include a few websites of some of those businessess that took part: