Recently we held an Italian Salumi day at www.empirefarm.co.uk where we started with a whole half pig to butcher Italian style. The class all got a chance to take part in butchering sections and had we had known that Andrew from Hong Kong was an Ear, Nose & Throat Surgeon in his day job, we would have given him the head to work on.(next time Andrew!)


Whilst breaking down the pig, the class utilised the parts by making some Coppa ham, Lonza, Pancetta, Prosciutto and Salami all of which they took home.


Some beef brisket was used to make Pastrami and Breasola was discussed with using silverside and Prosciutto di Anatra made from duck breasts. 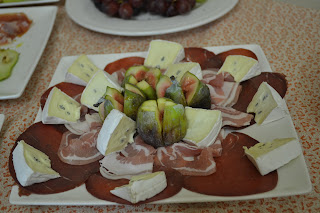 The salami that was made was filled into natural ox-casings along with some being made in the bubbly effect artificial casings.


This Lardo bruscetta was my favourite, well done to pro chef Chris for designing this particular dish...yummy 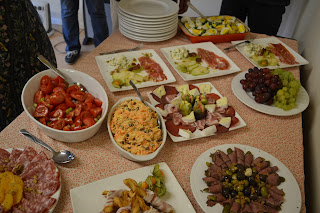 All the lunch items were prepared by Sally and the classmates on this occassion, demonstrating what a fine display a few salumi products can make along with your imagination and flare. 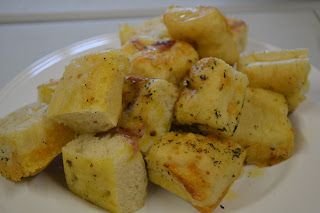 If you would like to attend an Italian Salumi course at www.empirefarm.co.uk then get in touch with Sally and ask for further dates and details...bon Appetito!
Posted by Marc Frederic at 12:14