(Please read this true story from the 1960's in a Lancashire accent as you will get more from it!)

I can recall a time as a child I was on holiday from school and as we could never afford to go away other than an odd day out at nearby Blackpool, we would congregate at my grand mothers house as that would be the coolest place to hang out. Here we would be with all our cousins and by heck they were loads of them and many uncles and aunts too, all of which would want feeding. 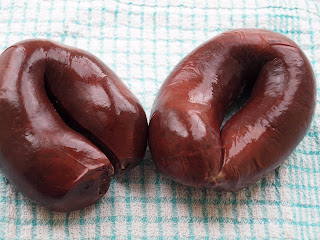 My grandma would count how many people were in the house and then send two of my cousins and myself to go and buy some black pudding, sausage and bacon from Harry Drivers corner shop. She would say, ask Mr Driver can we have it in the book til Friday, as this was payday and all outstanding bills would be paid on this day. Harry Driver was a small old man with bowed legs, I think he must have had a severe case of rickets or polio when he was younger and it seemed he wore a very long white smock to hide his disability. 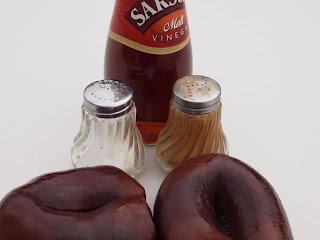 On our return from the corner shop, my granddad asked, to make sure we went to the right shop “did yer get this from Harry Drivers?” of coarse we had, for we would not dare go anywhere else. My granddad went on to say “eeh that Harry Driver poor bugger, he could never play football nor stop a pig in a ginnel (passageway) with those legs”. 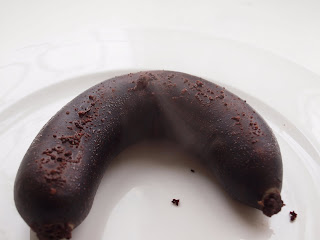 Well brunch was being cooked and the girls would be toasting bread on the open fire with long handled brass forks, also they would be much talking and laughter going on in the house, my grandma would laugh easily and so much so on this occasion she was choking with the giggles. She had to leave the house and go into the backyard as she was bringing up phlegm, a sight we saw often with our grandma as she was a smoker and often she would spit on the open fire where her deposits would crackle on the heat of the coals. This time as the house was full of guests she went to the long drop toilet that was situated in the corner of the backyard, a toilet of this type was normal for the houses up in the north in Lancashire, as very few houses then had bathrooms or flushing facilities. This would be a bench style wooden box with a hole in the middle, here the drop would be some six feet to the bottom, as kids sat on this long drop we used to pretend to be dam buster pilots on a mission, not that we could
ever imitate the bouncing bomb effect, you see it was fun releasing your bombs to the sound of the long awaited B’dush and your bombs reaching the water seem to take an age. 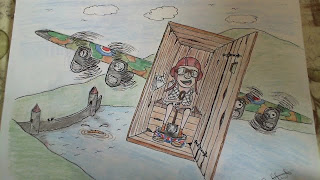 Shreds of newspaper would be hooked on to a bent nail for our use and if you were lucky you had the shiny waxy square sheets of San Izal (not that I ever knew which side to use, shiny or the dull side). To flush the loo, you had to return to the kitchen in the house and tip your waste washing up water down the sink where it would fall into a tipper box, when enough water was in the box it would tip with the over laden weight and the water would then gush in the direction of the long drop and flush away any solids.

My grandma coughing and spluttering had entered the long drop to spit and spit she did, but on this occasion out came her false teeth and straight down the loo they went. Well of coarse now everybody is laughing to the point of hysterics, as things calmed down the question was asked how on earth were we to get her teeth back? One of my uncles looked at us young boys and said “right then, lets have the smallest lad here then”, thankfully that was not me, for I was too broad in the shoulder, it was to be my smaller cousin Peter. He was taken or dragged screaming if I remember correctly to the long drop where he was taken by his ankles and dipped down the loo head first to feel for my grandma’s teeth, he complained vigorously about the poo down the loo and he was informed don’t be silly lad, they are just black puddings they won’t harm you! it was not long at all before he shouted he had found them. My uncle Clifford raised him back to the surface where Peter handed over the dentures to my grandma, she walked calmly back to the kitchen and quickly swilled her teeth under the cold water tap and popped them straight back into her mouth where she then carried on cooking brunch as if nothing had happened. I recall this memory often when I think of our family gathering and the cooking of that Full English with black pudding. 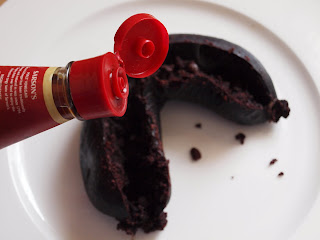 Diced back fat to taste (optional)

First step is to melt the Flare fat and soften the onions without browning them and then put them through a blender and put them back into the fat once more. Now add the salt, pepper and spices and any other ingredients you may wish to flavour your sausage and this can include any pieces of diced back fat you may have. Whilst ensuring you never bring the mix to the boil add the blood to the mix via a sieve to take out any last minute lumps which may have formed and turn off the heat and blend all your ingredients together.

You can now fill your skins with a ladle and plastic funnel allowing your filled skins to rest inside a wire basket or metal colander whilst you bring to the boil a large pan of water, once boiled reduce the heat to 80 degrees centigrade and cook your puddings for 20 to 30 minutes, pricking any sausage which may float to the surface with a needle.

Barley and crushed oats along with pieces of back fat are the best ingredients for a British style sausage, as is adding the Bath Chaps along with meat from the head. For a French style sausage it would benefit from 10% cream and with either apples or even walnuts added, the French are excellent foragers and in the Autumn village folk are often seen walking the many country lanes harvesting all sorts of edible treats to add to their Boudin Noir.

Are you still laughing?
Posted by Marc Frederic at 14:25