Ham ham ham where is all the ham ?

Recently I was approached by a television production company asking could I share some facts on British Ham for them and also to provide names of some of the known ham producers as they wished to film about the British Ham and it's heritage etc. This I duly did, for those that know me, this is exactly what I get off on, in particular sharing information. 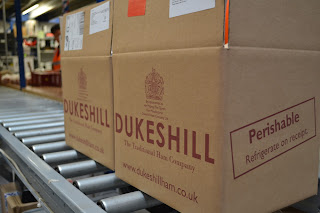 Soon the researchers were back in touch asking if I knew any more Artisan ham producers as they were trying if possible to feature a company that has not had or only had little TV coverage, I said I would look into it and get back to them. 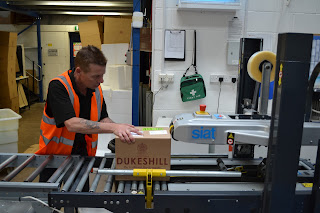 Well I started my own research and I was horrified to discover that all but a handful of the Artisan Ham producers have all but disappeared! 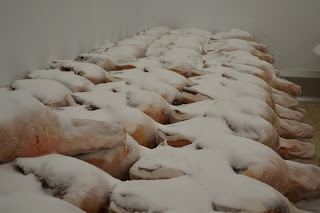 Thankfully one of those surviving Artisan producers www.dukeshillham.co.uk has survived and are still making Ham as it should be. Albeit they are in a commercial environment and they employ a team of people don't be fooled, for everything they do is in an Artisan way. All their recipes and techniques are carried out in a traditional fashion, dry and wet curing and the maturing is still done today as it was generations ago. 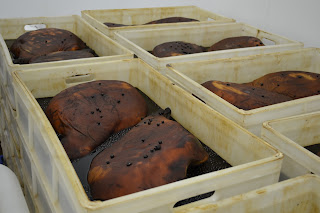 They even still produce a Black Ham, theirs is called "Shropshire Black" identical to the Bradenham Ham, black hams used to be very common and some well known varieties such as the Suffolk Black and the Devon Black are rarely seen today. 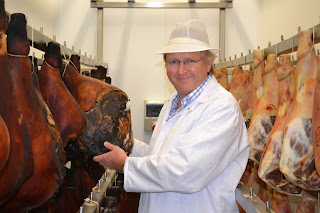 Here is Neale Hollingsworth the founder of www.dukeshillham.co.uk proudly inspecting and giving his approval before allowing his Hams to leave the premises. Neale and his company proudly display that they have achieved the highest approval they could wish for, for they have a "Royal Warrant" say no more. We need more Artisan producers, so please help save our food heritage and start to cure your own hams today !
Posted by Marc Frederic at 10:21