What the eck is that! I hear you cry, I must confess so did I when I first heard about it. Well what is it your asking right? Is it a sports car? As it got anything to do with N.A.S.A.? Well none of those, well not exactly, you see it's a kitchen knife, yes that's right a kitchen knife, alright calm down stop laughing! This is no ordinary kitchen knife or chefs knife as some would prefer to call it.

You see, Franco my old mate from www.sausagemaking.org recently asked me to review this knife for him, but before you say "oh yerrr!" let me tell you I've never received payment to review any of the tools, gadjets or other products including foodstuffs that people send me. This means I get to say what I want to say without feeling obliged to anyone and that includes friends like Franco. In fact the last time I reviewed something for him, it was the American Dakota Water Sausage Filler and I slated it, probally why he doesn't sell it.(and I feel proud saying that)

Anyway moving on, the postman knocked and I remembered straight away that this maybe the knife, so with a spring in my step I reached the door and quickly signed for my parcel. Yes it was long and narrow, just as expected, but it felt light, I'm thinking the box is empty he's winding me up, but no, the parcel is intact. On opening the well wrapped package, I was faced with an ordinary and perhaps modern cardboard sleeve, this is not encouraging I thought. Written on the sleeve was all the above information plus the addition of a claim, it was made from pure 301 steel in fact the finest Japanese blade steel. Now it's getting my attention!

On sliding off the sleeve, I revealed what is a very slick black narrow hinged box made from either bamboo or some kind of soft but hardened balsa, I open the lid and inside I see a protective black foam. Who has gone to so much trouble to protect a knife I'm asking myself, then on removing the foam and set inside more black foam but of another origin is this gleaming silver stainless steel knife in all it's glory.

Now I'm asking myself why as Franco chosen me to review this item, he knows I don't do modern, he know's I'm traditional, he's played a very risky strategy sending me this stylish knife, or is he so bloody confident about this knife that I'm being his greatest challenge will be convinced this is truly and exceptional knife? We'll see! 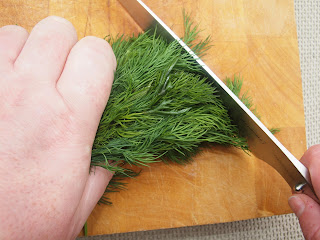 OK let's test it, today I'm curing a salmon for Gravlax, so let's start cutting my dill, this is the finest texture of all food items I use in my reportoire. Blooming eck! I can't believe it, this knife cuts at the very tip of the dill almost creating dust such was the cutting, so fine I did not need to see-saw the knife over the cuttings. I did the obligatory onion sliced & diced, the humble potato julienne (chipped) and the nobbly and prickly pineapple all with an ease I've never experienced before, it even sliced a soft over ripened tomato. This knife is making me a little nervous such is the power in it's ability to be so accurate. 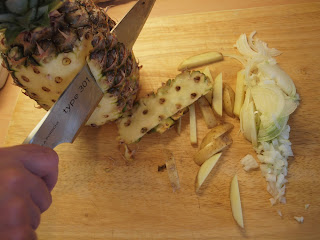 Don't do this at home folk's, but I even ran the knife over the back of my hand where it gave my hairs a shave as close as my razor. My wife is now shouting at me saying "you stupid bugger!, you know you are on Warfarin" (anti-coagulant). So don't try that at home, there I've said it twice now.

On writing this review I can tell you I have no idea how much this knife cost's, those of you who know me will recall I'm always saying when buying your butchery/charcuterie/kitchen tools to buy the best you can afford. I don't know what this knife cost's as I've mentioned, but if it is expensive then save up, it will be worth it!

On turning the knife upside down to check on the blades fine edge, I thought my eyesight was failing, you see looking down the length of the blade as you would a sword, I swear the blades edge became invisible, now that is seriously sharp!

I'm not going to bang on about it's engineering or it's looks, you decide whether you like it's design. I'm only interested in telling you if I think it is a knife worth buying for it's practicalities. I can tell you though, that the design of the beaver tail handle is comfortable to use and takes pressure away from the palm of your hand as you go about your culinary business. This I can tell you is a big plus.

I must tell you that I'm going to return to this post and add to it, I want to use the knife over several weeks giving it many jobs to do before completing this review.

In the meantime you can checkout www.chromaknives.co.uk for pricing and information on how to care for your product. 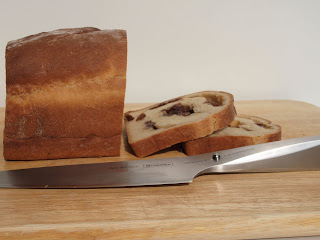 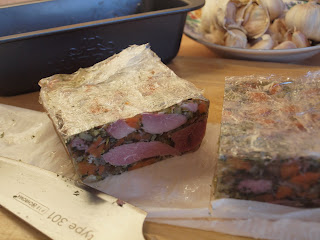 Brawn sliced to perfection, what an edge and smooth face, ideal for a deli I'm thinking 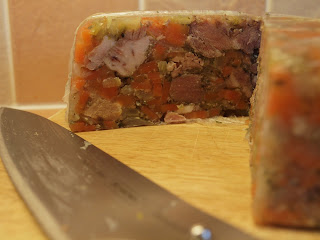 Ok, just to finish this post, I've put the knife through several other tasks including butchery and the filleting of salmon. 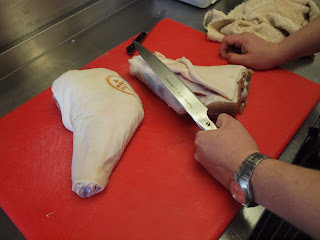 It even works left-handed as head chef Paul Rebsdale of the Oxenham Arms demonstrates (had to slip a joke in somewhere!) 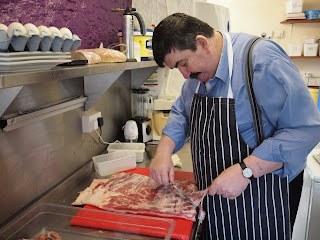 I have to remind myself here this is a general purpose knife and I'm asking of it to take care of special tasks. 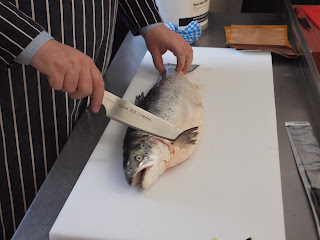 The filleting of the salmon was made easy, however the knife did not like the carving of a cured (Gravadlax) salmon as the blade was to short in the length and a tad too thick for that specialist job. 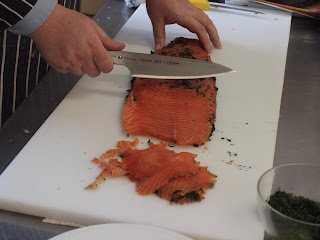 In summary this kitchen knife is one of the best I have ever used, it cuts exactly where the blade sits unlike some other knives, kitchen prep and general purpose is it's forte. Me pushing it through specialist tasks was asking too much from it, after all the company do make special knives fit for purpose, but I did not have these to try.

So impressed was I with this knife, I have left it at www.empirefarm.co.uk where some of the tests were carried out, the reason behind this is to allow the students who attend the many butchery,charcuterie and cookery courses there to experience working with such a high quality item.

Update:
Having used the knife now for some month's, I am still very pleased with it, however a safety issue was put to me recently which I must share with you. I tested the knife straight from the safety of its box and obviously used it in my hand, what I failed to do was lay the knife down to see what would happen, on doing so the knife with its super ergernomic handle would sit on its back, this meant the blade would offer itself vertically and therefore put someone at risk of cutting themselves quite badly.

What a shame, it offers all those other qualities you expect from a good knife and yet this last detail is of concern, so do choose wisely before parting with your money.