Recently on Twitter I was followed by a newcomer called @merguezman (aka David Baker) of the new company http://www.provencalspice.com/ who imports a small line of continental sausage seasonings. 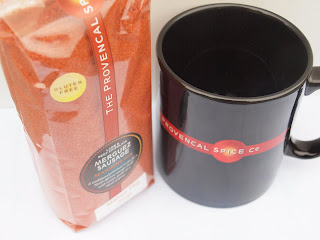 After a few pleasantries had exchanged on Twitter, I volunteered to review this Merguez seasoning and blog my findings. I love this sausage, it takes me back to when I had my own Charcuterie business in France. 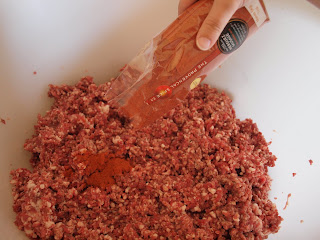 Very promptly a package arrived by post with a sample pack of the seasoning and unexpectedly a mug with the companies logo imprinted on the side, I know what to do with that later. 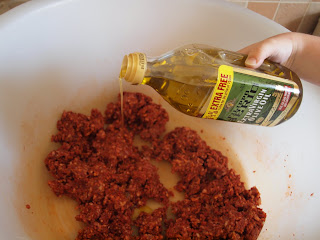 Following the recipe given to me by David, I followed it rigidly until the point where water needed to be added. Here I split the mix into two halves, 2.5kg was mixed with the recommended water and the remaining 2.5kg was mixed with virgin olive oil as I would use with my own recipe. 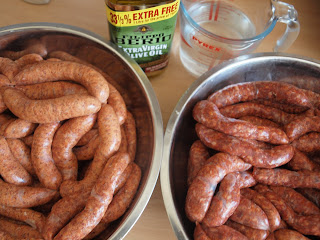 Using olive oil instead of water in the mix adds an extra subtle flavour, however I have to say the water mixed version that David suggests scores very highly indeed.

I score both the olive oil version and the water version an 8 out of 10. Strangely I score my own Merguez recipe 9 out of 10, but then I would, wouldn't I ? 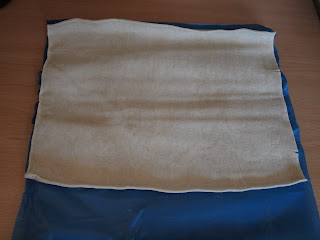 Having filled my lamb casings with the two mixes, I decided to make some puff pastry whirls with some of the seasoned mix along with some added sweet char-grilled red peppers to see how they would stand up en-croute. 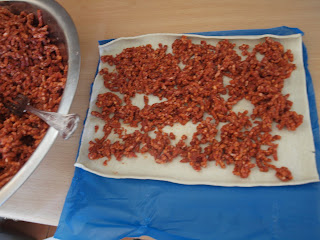 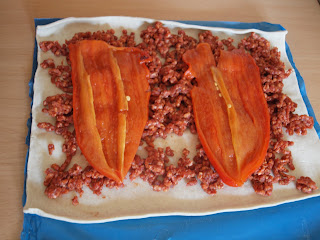 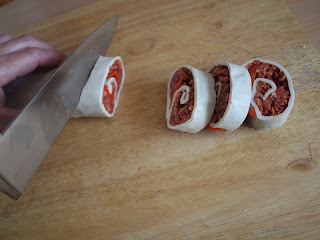 Having rolled up your pastry, chill in the fridge for a short while to firm up and then slice into whirls and bake at 180c degrees for 20 minutes or until puffed up. 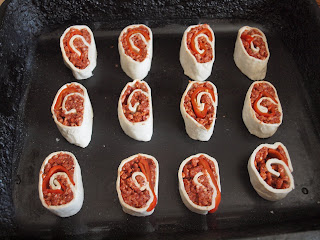 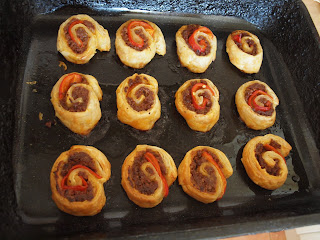 After such hard work in the kitchen (not), reward yourself with a snack and a mug of coffee, I knew that mug would come in handy. In fact a crucial tool when carrying out charcuterie, don't you agree? 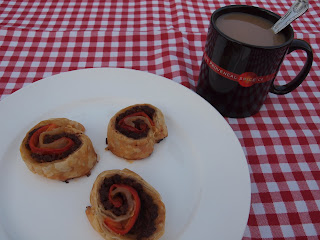 To summarise; I would say this Merguez seasoning does indeed stand up to what it's supposed to do, I would even go as far as saying I would purchase this seasoning, where I would use it as a base and add my own signature to it.

This is a fresh sausage originating from North Africa, ususally made from just beef and mutton. I've adapted this recipe to suit the European taste by adding pork. During the shooting season I look forward to making Merguez sausage with pheasant meat as it lends itself perfectly to these spices.

So what are you going to do with yours? Let me know what you think if you get round to trying it.